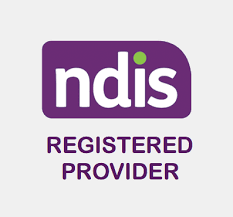 In 2009 one of the best yardsticks for determining whether you are working responsibly and ethically was reinforced from an unusual source.

On March 14 2009, The Melbourne Age reported on Victoria’s newly appointed Commissioner of Police, Simon Overland’s first address to his force. He was quoted as saying:

‘You should go about your job as if there were a camera over your shoulder and someone was watching over you.’

This is about rules and surveillance. Every human service has to have its regulations, policies and protocols, and has to inform its workers that they are always under scrutiny for doing the right thing by these standards.

More enlightened human services also work at imbedding the values that will naturally uphold these standards.

Commissioner Overland, obviously aware of this dynamic, went on to say:

‘If I can give you some practical advice, as you go into every situation, ask, ‘What would my mother say if she were watching?’

This is recognition of one of the strongest influences on the values we come to hold.

To expand on Commissioner Overland’s advice, support workers should apply the following test to how they treat the people they support.

Ask yourself if you would be happy if your mother, father, son or daughter were treated this way. If you have any doubts, STOP and talk to your supervisor. You may be carrying a serious misunderstanding of the expectations NWRSS has of you, and all of its support workers.

The first response at managerial and supervisory levels will always be an educational, rather than a disciplinary approach.